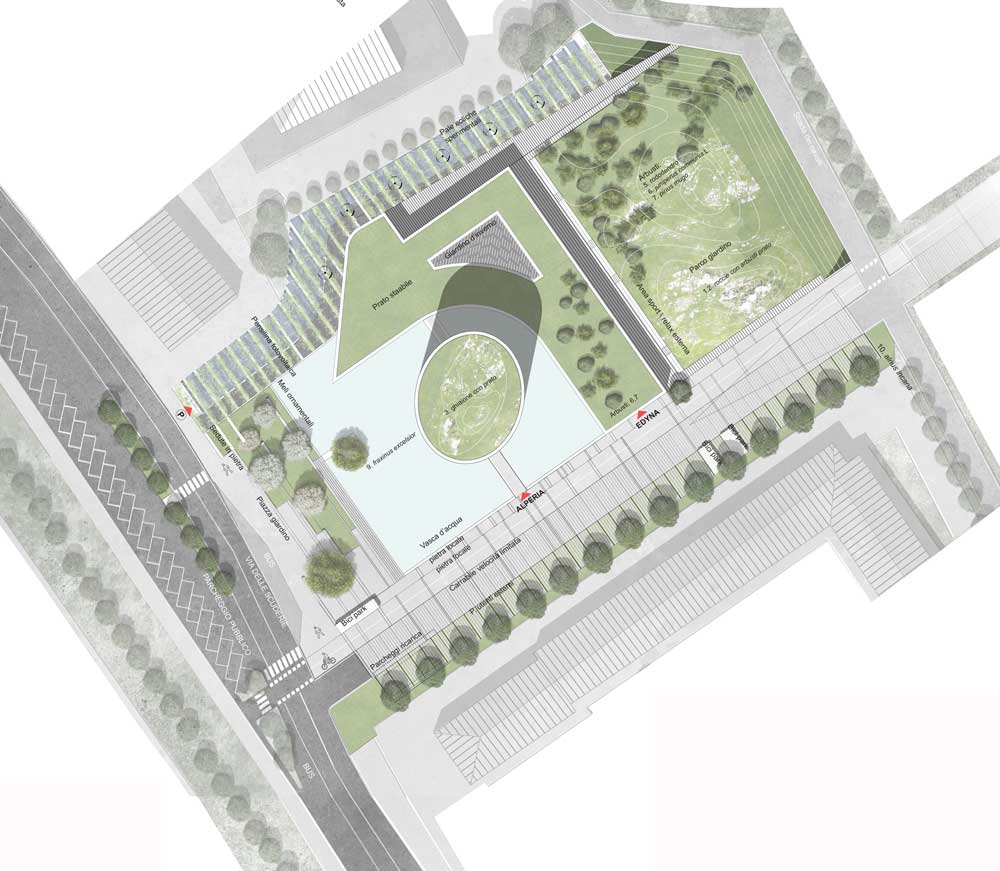 This project won the first prize in a competition organized by Alperia, the power company of South Tyrol.

The competition brief required the design of two separate buildings, one for Alperia and the other for Edyna, the electric grid manager.

The former is housed in a tower surrounded by an artificial lake, which should have played an important role in the building’s energy consumption in some way, but despite the great efforts of the engineers to find it a real function, it was actually simply aesthetically pleasing. The second one is covered by a green roof that descends to merge with the landscape, inspired by what everyone has been doing for the last twenty years.

To win the competition we filled the texts with greenery and sustainability, presenting among other things a simple double-glazed facade as a breakthrough innovation. 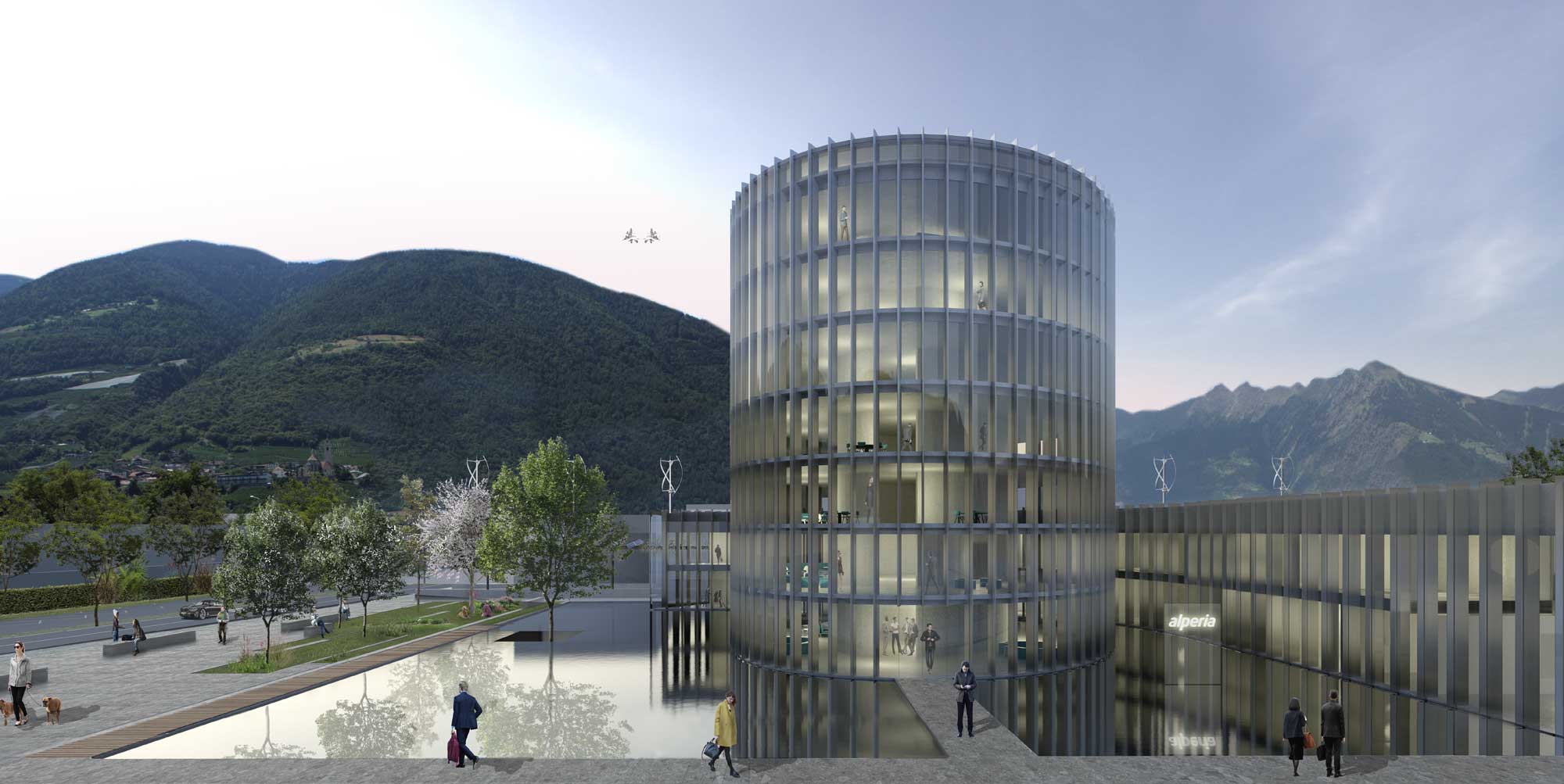 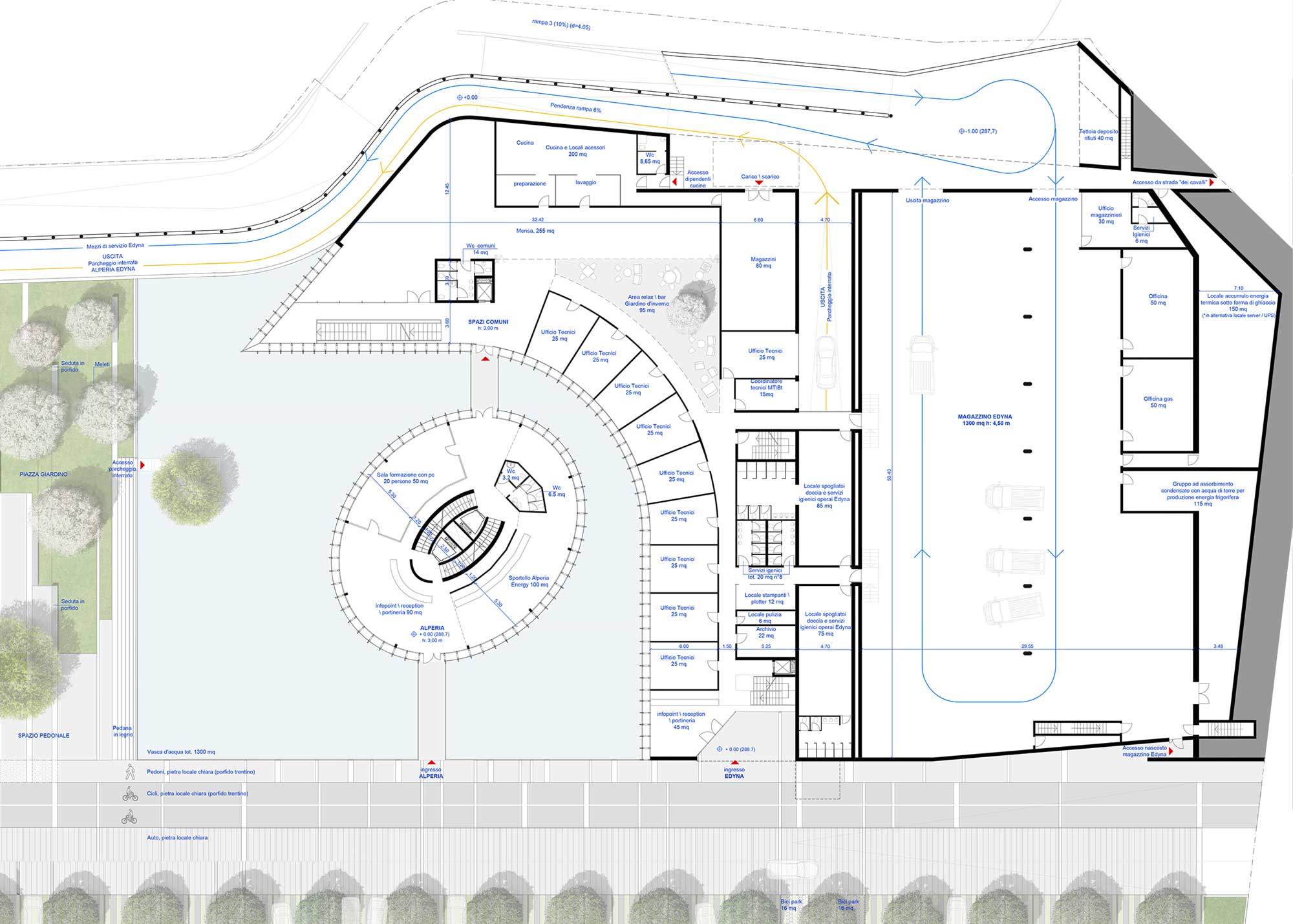 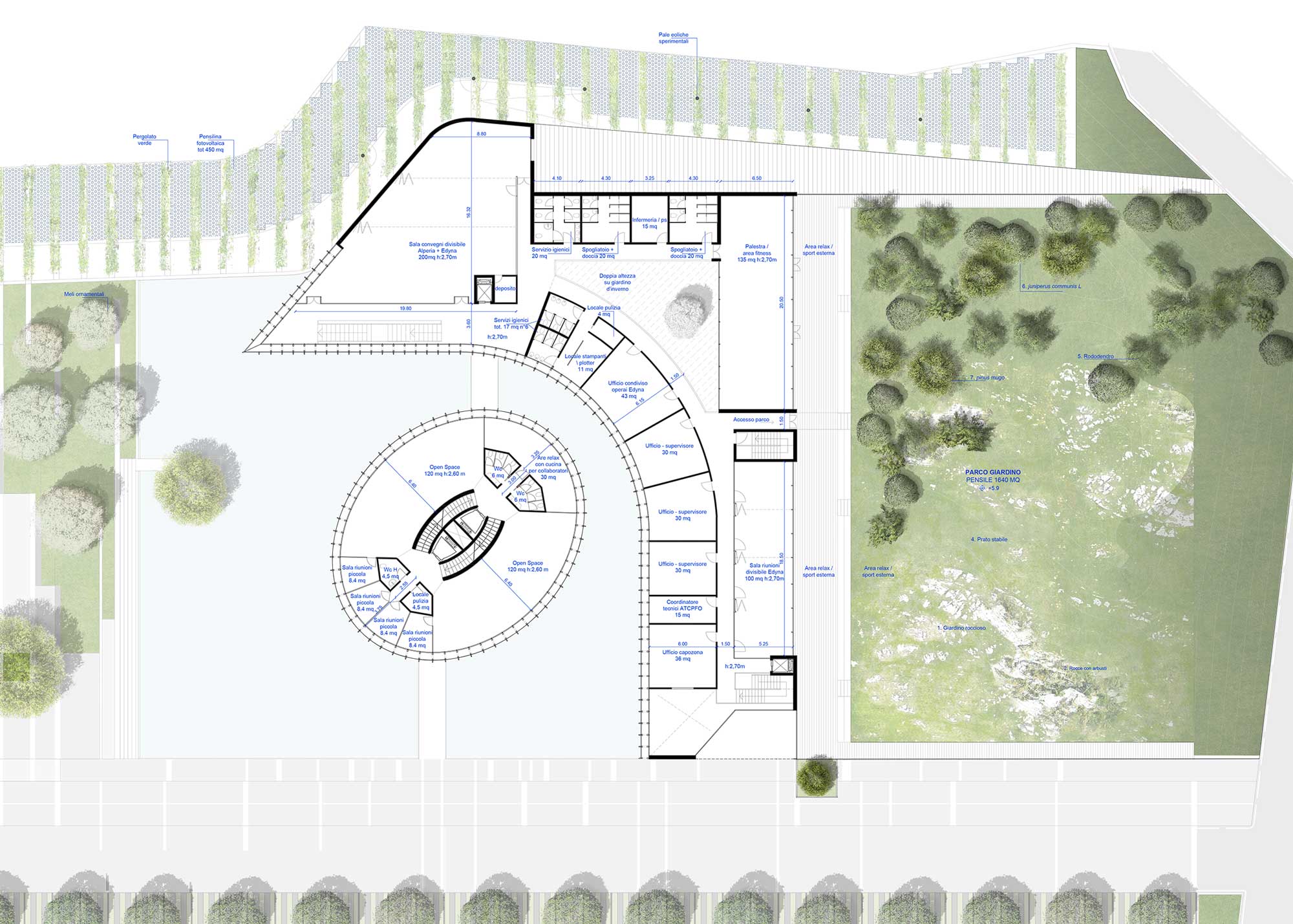 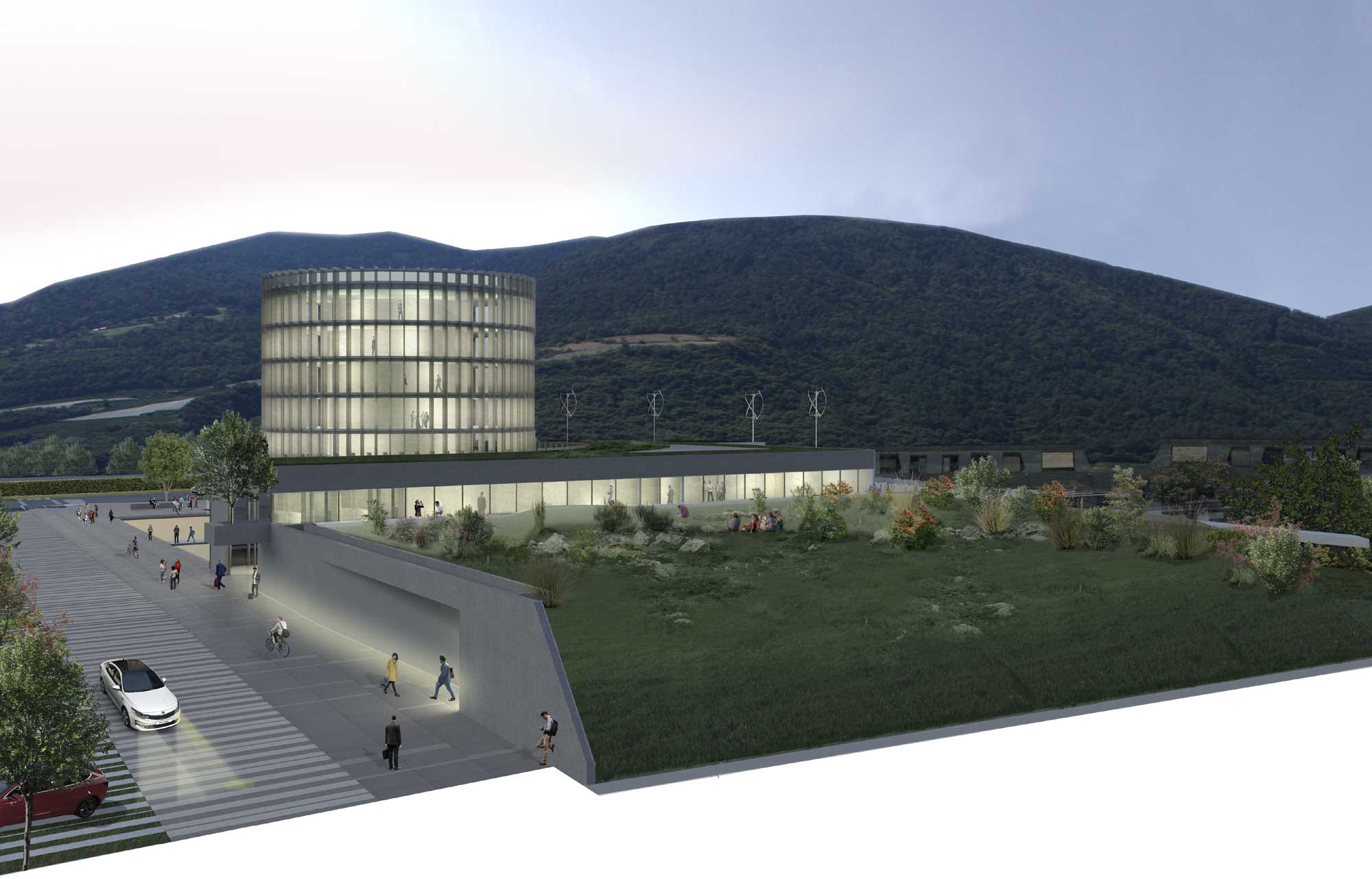 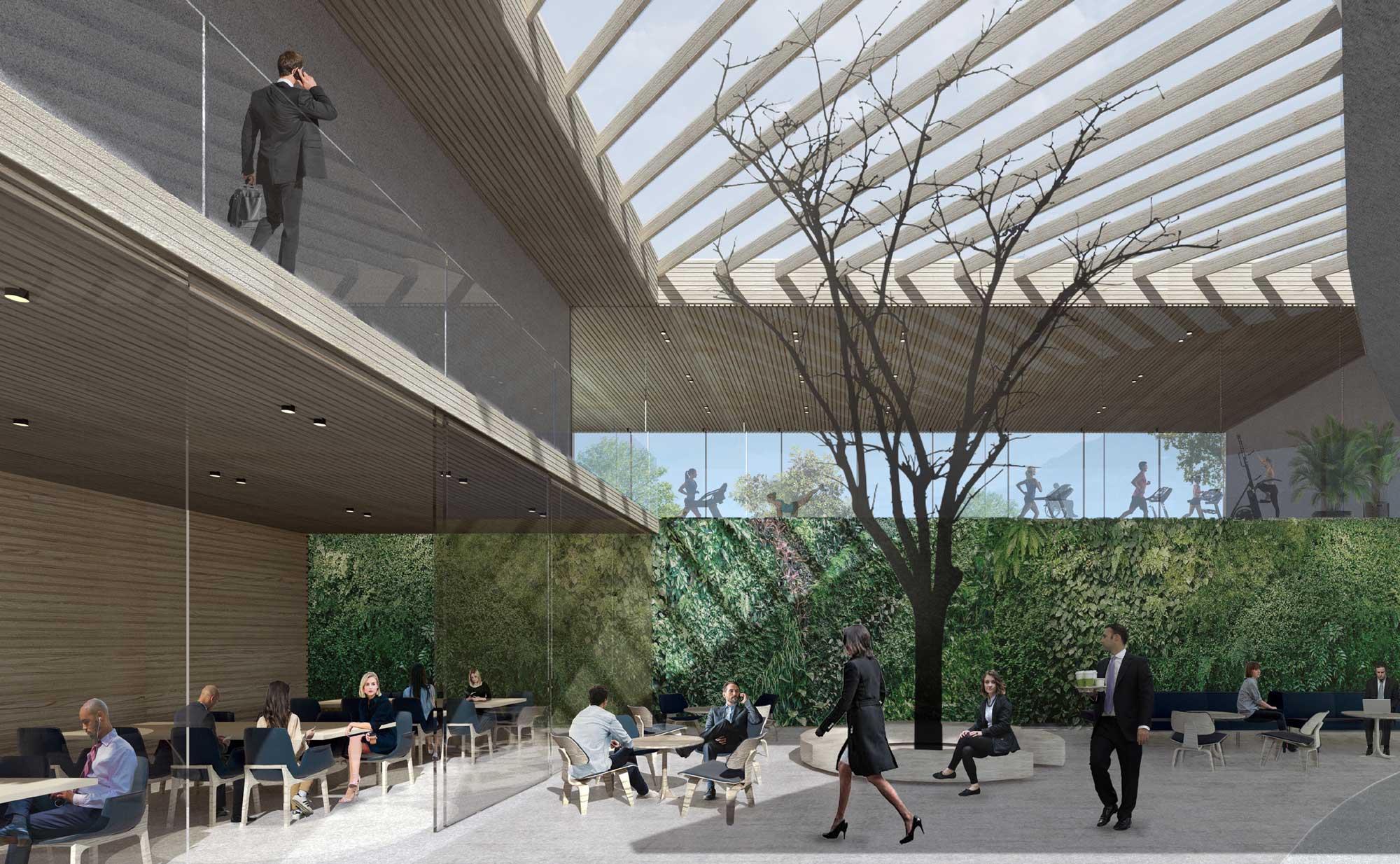 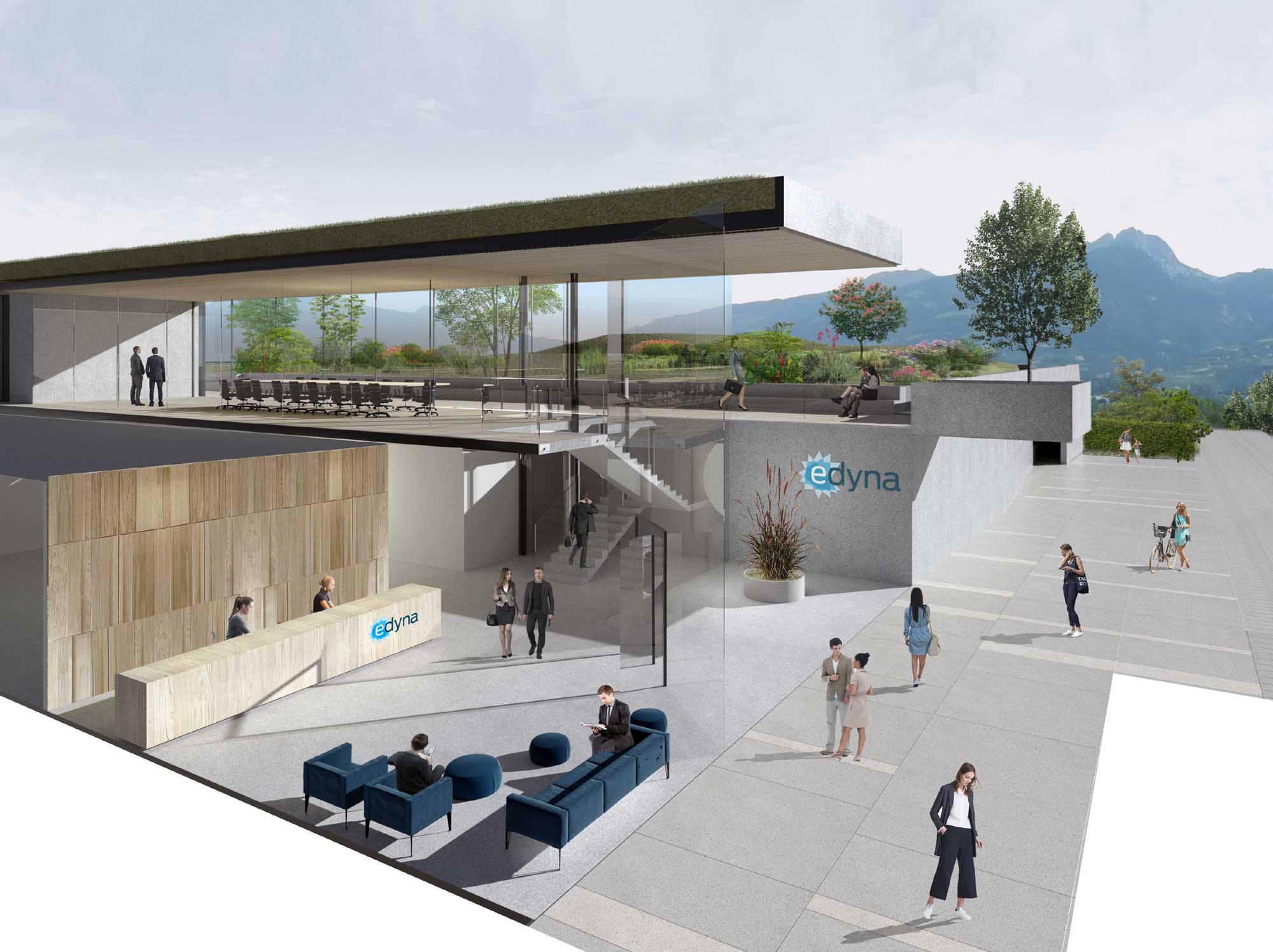 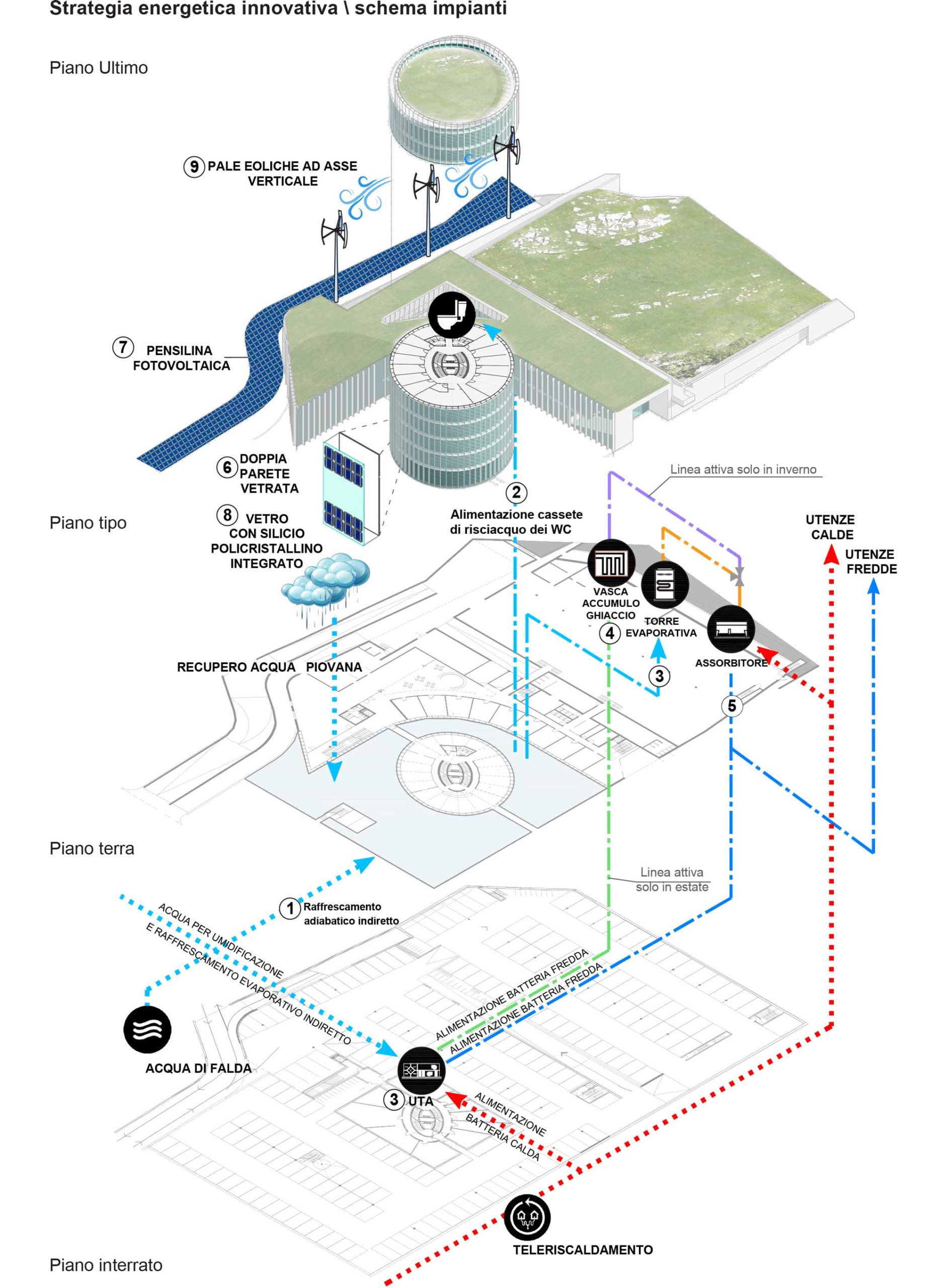